“Building on a mountain demands perfect choreography”, says architect Jacques Félix-Faure about his third alpine project, Refuge de L’Aigle (Eagle refuge). The modern staging of the Corps du Ballet by the old mountain hut on Meije at 3,450 m was shown high recognition by “Constructive Alps 2015”, the Swiss-Liechtenstein Architecture prize for Sustainable Building and Renovation in the Alps. The architectonically spectacular entrance to the French Alps by the climber refuge was constructed by the mountain specialist PREFA using its roof and facade panel FX.12

3,450 m high, winds of up to 215 km/h, temperature differences of up to 40°C  and solid snow packed up to the height of the roof ridge are the toughest challenges faced by a building and its constructer.  Absolute top performance was required by everyone taking part in this spectacular project for the renovation of a mountain shelter that was built in 1911, Refuge de L’Aigle on La Meije in the Ècrins National Park.  Choreograph and ballet master of the building project in this harsh location was the French alpine-architecture specialist Jacques Félix-Faure, himself a passionate mountain enthusiast.

“Building at this height demands peak performance – in planning, execution and materials”, says Félix-Faure of C 17, the architects who surrounded the old, museum-like structure by a modern addition.  “New foundations were laid around the existing wood and beams of the old hut and the wooden structure was cladded by a new structure which reliably protects it from wind and weather, giving it a feeling of security.  Just like a boat on the high seas.”

The hut, which seems to dance on the waves of the Ècrin Massif only 500 meters beneath the summit of La Meije, is architecturally sparse outside with a maritime simplicity inside.  “The interior resembles that of a submarine”, says Félix–Faure. “In a space of 65m² there are 3 levels where up to 30 people can sleep.  In addition, there are nets for a further 12 climbers seeking shelter in the hut who want to have a break from the battle with the elements.” The motto for the mountain shelter was: As friendly as possible, but simple - including the infrastructure.   “A purposely simple design so that attention is not drawn away from the beautiful surroundings”.

The experienced mountain builder PREFA used facade panels FX:12 in stone grey for the exterior facing.  “This is the only product which can withstand the extreme day and night temperature differences and this producer is the only one who has extensive experience dealing with projects of this kind.  That was extremely helpful” says Félix-Faure, referring to the equally successful PREFA project of the Hörnlihütte on the Matterhorn.  “PREFA has outstanding alpine credentials”.

“In the mountains, you have to be able to rely on a perfectly coordinated team.  Not only did PREFA fit into the architectonical concept perfectly, the support for the whole team worked perfectly; from tinsmiths to carpenters to helicopter pilots.”

“Everyone has to work very close to the edge of the possible when working on projects such as the Refuge” says Félix Faure in a tribute to his 20-man troop who assembled some parts of the structure as a prefab construction in the valley before lifting it up in 650 kg parcels by helicopter. This attracted quite some public attention.  “That is only possible with building materials such as lightweight aluminium, which is, moreover, extremely resilient.”

In addition to all the expediency of using FX.12, PREFA made sure that the visual appearance of the hut from the architectonical point of view wasn’t forgotten. This earned high praise from the architects who in their recommendation said:  “No other company could rival PREFA in product and workmanship attributes.  Furthermore, PREFA elements can be recycled without a problem thus conserving resources.  In addition to PREFEA’S 40 year guarantee, that is a big advantage particularly for projects carried out in alpine areas.”

EACH PIECE IS UNIQUE

“The edging of the facade panels fulfils a functional as well as an aesthetic purpose”, sums up the PREFA installer, a company called Altibois.  The diverse characteristics of the roof and facade panels FX.12, their lengthways and crossways creases and their heterogeneous surface enable a unique surface design to be made which integrates perfectly into the craggy mountain landscape.  During production, each and every panel is given its own individual impression; the creasing pattern does not repeat itself and is irregular even over large areas.  In any event, FX.12 is a top product.  The creases stiffen the panels leading to greater resilience with the same thickness of material.

The idea of keeping the architecture simple appealed to the architect for this project because of the exciting appearance of the material. “Less is more, because: everything is difficult high up”, says Félix-Faure about resilience, maximum performance and the successful summit attempt on La Meije.

RECOMMENDATION BY THE ARCHITECT:

“Everything is difficult high up.  When 20 people have to work on such a project at 3,450 metres, then everyone has to know exactly what he has to do when.” Just like choreography.  You can’t waste time but you have to think of safety all the time.” 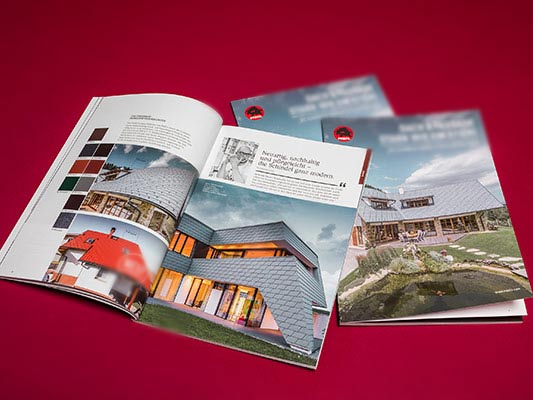 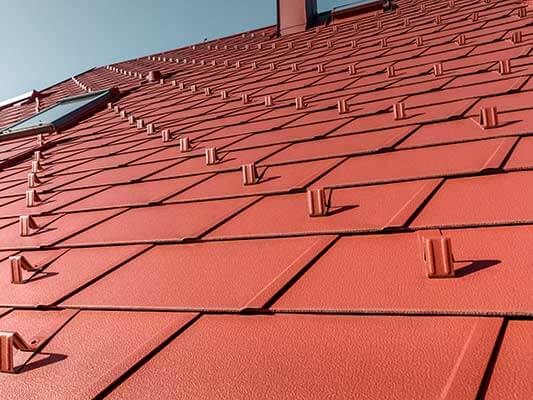